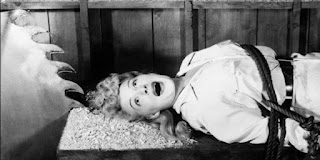 The Perils of Pauline began in 1914 as a melodrama film serial produced by William Randolph Hearst. It was later serialized again in 1933 and then made into a movie with Betty Hutton in 1947. Most of us are familiar with the story; rich heiress refuses marriage in order to explore the world, eludes the villain who wants the family fortune, and always ends up in some sort of danger by the end of the reel. The danger is highly dramatic, she's laid out in front of a buzz saw, or locked in a room full of dynamite, or tied to the railroad tracks. The audience knows Pauline will survive, but they are glued to their seats with anticipation as to how. Now the story of a spunky, independent heiress on worldly adventures could have been interesting on its own, but the filmmakers raised the stakes by adding the elements of risk, danger, and intrigue. What could have been an interesting story becomes a nail-biting adventure.

I see a lot of good scenes in improv. The basics of story-telling are there; there is a beginning, a middle, and an end. The actors can even come with their particular point of view. The POV might be an emotion or a character trait, something that gives the character substance. These are all good things and can lead to a good scene. So what can move a good scene to a great scene? Something as simple as raising the stakes.

For example we had a scene recently where a team was given the activity suggestion of decorating a cake. The actors each had a point of view. They established a relationship between themselves. The scene unfolded like an episode of The Great British Baking Show. It wasn't bad. But it didn't really go anywhere. There was nothing at stake. There were several ways the team could have raised the stakes. If they didn't do a good job, they might be fired. Getting fired could lead to homelessness or starvation. What if, like the baking show, it was a competition that each of them would do anything to win? Maybe even murder? Another choice could be that they were decorating a cake for a bachelor party and the cake had a girl in it. They were going to slow and the girl was running out of oxygen in the cake. If they don't hurry, she could die. The choice could be almost anything, but the stakes have to be high enough to draw us in. We need to think, "Oh, my God. What happens next?"

Raising the stakes doesn't have to mean life or death. When doing scene work, you want to make the situation plausible. We've all been in a kitchen at some point in our lives. It doesn't matter if you are a Master Chef or can't boil water, we start with our experience and then look for ways to raise the stakes. I think of the scene in Schitt's Creek where David and Moira are making enchilada's. They are obviously inept at cooking, which if funny enough. But when Moira tells David to "fold in the cheese" the stakes are raised. Why, because they imbued the directions with importance. Suddenly folding the cheese becomes super important. This becomes the last straw! The scene is no longer just about a dish, it's about family dynamics, it's about fear of people finding out you don't have all the answers. It doesn't matter if the enchiladas turn out, what matters is that family and self-worth are on the line. 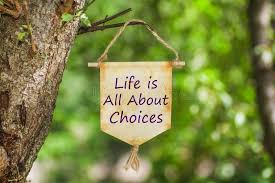